In the northwest of the Gulf of Fethiye, Göcek offers sumptuous panoramas in addition to a well-sheltered natural harbour. Nestled in amongst green mountains, the port of Göcek opens onto the Twelve Islands of the Dodecanese, so there’s no shortage of destinations to discover during your yacht charter in Göcek! Still untouched by mass tourism, it is one of the favourite ports of call for yachtsmen cruising along the Turkish coast on a sailboat or gulet.

Don't miss it in Göcek: Skopea Marina
Skopea Marina
{"LG_MAP_SELECT_ON_MOVE":"Update map when I move the cursor","LG_MAP_MY_SELECTION":"My selection on the map"}
Map Key 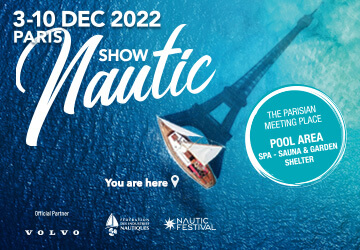 100% of our fleet is managed by certified professional charter companies that meet our quality and safety criteria. See Our Guarantee.

Göcek [pronounced /geuh-jek/] is a natural harbour located at the tip of the Gulf of Fethiye, on the stunning coast of Turkey, only 22km from Dalaman International Airport. Protected by the forested foothills of the Taurus Mountains, it overlooks the many sheltered islands and bays of the magnificent gulf. Choose a yacht charter in Göcek, escape from the crowds and get in tune with nature, the waves and the wind of the ancient Göcek Bays.

Six marinas are concentrated in this area, which attracts water tourism in particular: The Marina Club, Skopea Marina, the municipality's marinas, Marinturk Göcek Village Harbour, Marinturk Göcek Exclusive and D-Marin Göcek. For almost 30 years, Göcek has held ‘Special Protection Area’ status. This means that certain restrictions are applied to the village, i.e. small-scale modest housing developments only, large tourist hotels are prohibited, etc. These restrictions are applied in order to limit the concentration of tourists in summer. Therefore, a unique aspect of this stunning seaside resort is its limited tourist influx in high season.

The archipelago, concentrated around a bay, is bordered by pine forests overlooking the mountains. Ancient civilisations lived there, most notably the Lycians. Today, it’s possible to visit the royal tombs as well as the ruins of the ancient city.

Which islands and bays can you visit during a yacht charter in Göcek?

An unmissable activity is a tour of the twelve-island archipelago of Fethiye just off the cost of Göcek! The most important of these islands are Kizil Island, Zeytin Island, Yassica Islands, Tersane Island, Domuz Island and Sovalye Island. In addition to these islands, the beautiful bays of Fethiye are unmissable.

The island of Kizil, which fascinates everyone with its sunset, perhaps derives its name from its vibrant red allure. On the southern tip of this beautiful island, there is a lighthouse that offers nostalgic and romantic scenery. There is also a seafood restaurant in the south of the island where you can enjoy great food.

This is one of the most visited places for thrill seekers coming to Fethiye to camp! There are no hotels or businesses on this island. For this reason, it is considered one of the ideal places for anyone who wants to get in touch with nature. The bay is located about 15km from Fethiye and is frequently visited by fishing enthusiasts.

This island speaks for itself: Peppered with pine trees and home to a natural harbour, this is the ideal spot for those who want to swim, have fun and find peace during your yacht charter in Göcek.

Composed of five small islands, this mini archipelago is one of the most visited of the twelve. Ideal for water sports and swimming, travelling between these five islands is also thrilling... the moonlit night-views are highly recommended.

Part of the Yassica archipelago, Zeytin is one of two privately owned islands in the region. Here there is an olive-pressing plant that is said to have belonged to the Ottoman era. Unfortunately, it is forbidden to visit this island.

The largest of the twelve, the historical backdrop of this island is very significant. Many buildings dating back to the early Roman period with Mediterranean architectural features are located here. The island derives its name from the existence of a shipyard in the past where the construction, maintenance and repair of small ships was carried out. It should be noted that inhabitants remain on this island.

This island, also called the Knight Island, is the gateway to the port of Fethiye. A very tranquil place, it offers superb views from the restaurant located on the beach. Worth a visit!

Covered with olive orchards and pine forests, you can explore tombs and ancient ruins here.

Göcek is situated around 20 kilometres from the nearest airport, Dalaman Airport (DLM). Turkish airports located a little further afield include: Rhodes (RHO) (85.7 km), Bodrum (BJV) (125.5 km), Kos (KGS) (165.3 km) and Antalya (AYT) (166 km). Various air carriers link up Göcek to several European cities with regular flight services. Tukey is not a member of the European Union so you may need to get an e-Visa to enter, although Turkey has visa-waiver agreements with several countries.

Contact our customer service to organise your cruise in Göcek

Our team of experts is at your disposal to organise your very own cruise. Your online request will be dealt with shortly. One of our advisors will contact you by email or by phone. Free quotes, without engagement.